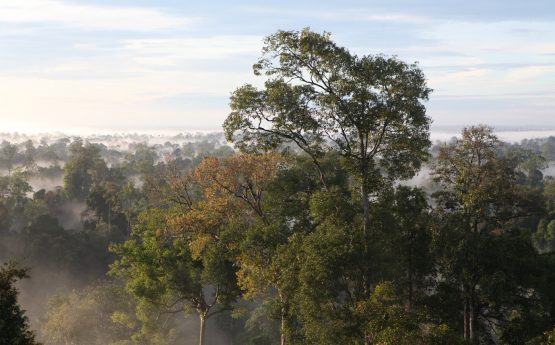 Hutan Harapan is one of the last remaining areas of dry lowland Sumatran forest and is among the most threatened rainforests in the world. It is home to a host of rare animal and plant species, including the critically endangered Sumatran tiger (Panthera tigris sumatrae), of which fewer than 300 remain in the wild. Fifty-five mammal species are found in Harapan, including the globally-threatened Asian elephant (Elephas maximus sumatranus) and Malayan tapir (Tapirus indicus), as well as the world’s rarest stork – the Storm’s stork (Ciconia stormi) – and a rich diversity of other wildlife including 300 species of birds.

RSPB has been working with PT REKI, the BirdLife International Secretariat and BirdLife Indonesia (Burung Indonesia) to conserve and restore Hutan Harapan since 2007. In 2010 the total area granted by licence as an Ecosystem Restoration Concession in central Sumatra was increased to a total area of 98,000 hectares.

On several occasions during the last few years, mining companies working in the wider landscape have put forward proposals for coal haulage roads/ conveyor belts which would potentially have severe impacts on the integrity of Hutan Harapan and the rich biodiversity that it supports. Recently coal mining company PT Marga Bara Jaya applied to open a coal haulage road/ conveyor belt that would affect the area under the concession in Jambi and South Sumatra and commenced an Environmental Impact Assessment (EIA).

The RSPB and a coalition of local NGOs contracted lawyers to draft a legal opinion outlining the options available to protect the forest and engaged in advocacy to highlight the importance maintaining an intact forest: there is a lot of evidence demonstrating that fragmentation of forests has a major impact on wildlife. At the end of March we heard that the EIA Commission has rejected the EIA. This is an encouraging victory and we and our partners shall continue to monitor the situation, ready to support further action to protect the rainforest if necessary.

The Harapan Rainforest is where Emily is doing consultancy work for the RSPB developing sustainable livelihood opportunities based on handicrafts for the indigenous Batin Sembilan people made from non timber forest products such as rattan and Pandanus grass, and hope to develop an alternative to working on the palm oil plantations for the people who like on the edge of the forest