Maybe yes, maybe no. That was the punch line of a bachelor in an old television commercial. The character was constantly asked about when he planned on getting married. Not wanting to disappoint, this sought-after man about town replied with non-committal promptness: May. Maybe yes, maybe no. 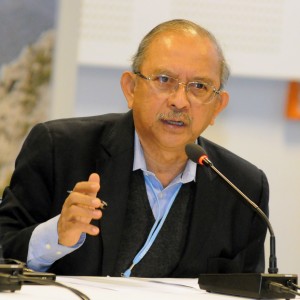 Heru Prasetyo, the new head of the REDD+ Management Agency (RMA), used the line when he was asked at a REDD+ forum on Dec. 19 if the agency could be shut down under a new president. The forum marked the end of the preparation phase and the start of the implementation of Indonesia’s much touted REDD+ scheme. REDD is reducing emissions from deforestation and forest degradation, Indonesia’s big act to address climate change. The plus sign signifies additional action in conservation, growing trees and decreasing poverty.

President Susilo Bambang Yudhoyono signed the brand new agency into being on Aug. 31 2013. RMA is tasked with implementing the REDD+ national strategy. Human activities that yield unmanaged carbon emissions are a main contributor to global warming that in turn causes climate change.

Read the full story at theJakartaPost.com…