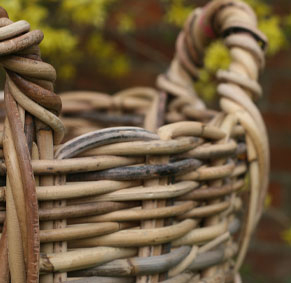 (katinganproject.com)
Picture this — a massive peat swamp forest in Kalimantan, bigger than Singapore, where the destinies of humans and endangered species such as the orangutan are closely entwined. Here in Katingan, a landmark project seeks to reconcile human well-being—at a global and local scale—while preserving the integrity of a unique ecosystem upon which we all depend.

The project lies within the Katingan and Kotawaringin Timur  districts of the Indonesian province of Central Kalimantan, on the island of Borneo. Our focus is a vast tract of peat swamp forest – one of the largest remaining intact peat swamp forests in Indonesia – surrounded by villages that depend on the forest and the land to make a living.

The future of this landscape depends on the success of the Katingan Project. Without the initiative, it is highly likely the area would meet the same fate as surrounding areas: degradation, burning, and conversion to industrial plantations. If this fragile ecosystem disappears, so will the way of life of thousands of people.

An amazing hydrological engine and a colossal store of carbon

Peat swamp forests are vital to humans, locally and globally. At the local level, peat forests function like sponges, absorbing and storing water, and serving a vital role in managing water in Borneo’s lowlands. They function as freshwater reservoirs, stabilizing water levels and river flow, and protecting against seawater intrusion. At the global level, they store massive quantities of carbon accumulated in the peat over thousands of years. If peat forests are degraded, burnt and drained, then the hydrologic function is lost and the stored carbon is released into the atmosphere in huge quantities.

The ethnic makeup of Katingan is just as diverse as the natural ecosystem. While the majority of communities surrounding the project area are of Dayak descent, the local population now includes Banjar, Javanese, and Madurese people who arrived through successive waves of migration. 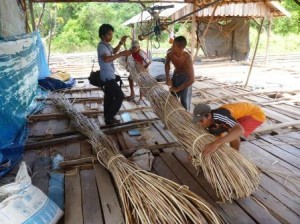 They typically manage and cultivate lands among small farmer groups. As an additional or main source of income, some people run small businesses such as kiosks, warung (small food stalls), swallow nests, boat/taxi operation, or work as laborers for oil palm plantations and mining companies. In some cases, they make a living as illegal loggers. For many people, the cultivation of rattan and rubber trees is among the most important source of income.

The rivers in the area play an important role in the livelihoods of local communities and in the economy, as they provide a means for transportation, and a source of drinking water, irrigation for agriculture, bathing, washing, and both subsistence and fishing.

In 2010, scientists with the Katingan Project team immersed themselves into the area’s peat swamp forests to document the local wildlife. The impressive data they came back with confirmed the global significance of this previously under-researched area.

Initial estimates suggest that over 3,500 orangutans, almost 10,000 gibbons and more than 500 proboscis monkeys roam in the area. What this means is that the Katingan populations represent over 5% of the remaining global population of these species, which makes it critical to their survival in the wild.

Considering the large size of the proposed concession area, the remaining Critically Endangered and Endangered species found in the area, in particular the white-shouldered ibis and Storm’s stork, can be considered potential High Conservation Value species.

Katingan is also home to 312 species of flora, comprised of 219 tree and 93 non-tree species. Abundant tree species include a number of important orang-utan foods, and at least six High Conservation Value species, such as the Critically Endangered red balau and the Endangered light red meranti. 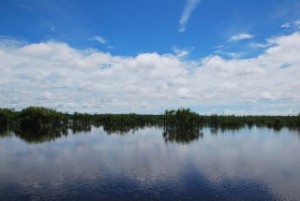 In 2009, Indonesia’s Ministry of Forestry set aside 349,860 ha of production forest as Ecosystem Restoration Areas. Of this area, 203,750 ha were designated to PT Rimba Makmur Utama (the project’s developer) in 2012.

Ecosystem Restoration Concession licenses have now been granted and it is the companies responsibility to work with local communities to carry out restoration, rehabilitation, and protection activities for the next 60 years.

The Katingan Project was founded, and is managed by PT Rimba Makmur Utama. The project is made possible thanks to our collaboration with the many organizations and companies.

There are some excellent videos about the Katingan  Project on YouTube