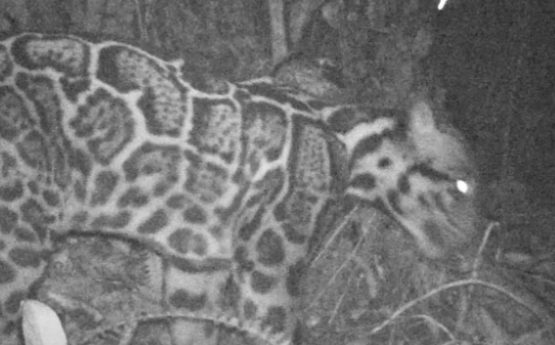 The rare species caught on camera trapped while walking in the night in the concession forest of the KMP.

Borneo Leopard (Bornean clouded leopard / Neofelisdiardi) caught on camera trap while walking in the night in the concession forest of the Katingan Mentaya Project (KMP) in Katingan, Central Kalimantan. The appearance of this animal in the region is quite surprising, because these animals are not only very rare, but are also shy and difficult to find. The population of one of these wild animals is threatened because the forest that has been its habitat has been displaced as a plantation area and mining.